How To Play 8 Ball Pool Game?

So today we are going to talk. How to play 8 ball pool game. There are many different varieties of ball. 8 ball pool can be played with both single shots and double shots, each with different rules and regulations. The object of the game is to pocket the colour ball. After pocketing your 7 balls, you legally have to pocket 8 balls to win. 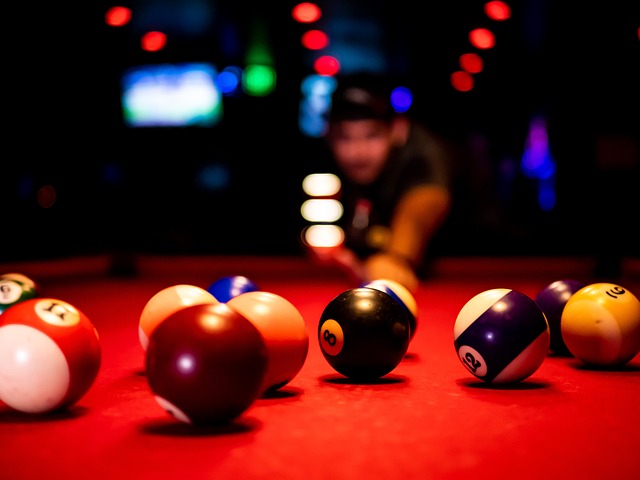 Now do you know who plays first?

Players decide by tossing a coin. The player who wins the toss. He has his will. Even if he himself can play first. Or may ask the opposite player to initiate the tie breaker. If the next game is to be played then the winner of the last game has the option to break.

Balls are placed in 1 triangle shape. Randomly place all the balls and 8 balls in the center of the triangle.

White cues don’t require the ball to hit an object first. If the breaker pockets the 8 ball. So at least 4 balls must be hit. If the breaker is unable to pocket the 8 ball. And fails to drive at least 4 or more balls to the rails end. So this is a legal break. In case of a legal break, the other player can either accept the table and play it. Or he can rerail and ask to brake again.

When do fouls happen In Pool Game?

If the cues ball doesn’t make contact with at least 1 of your balls. Pockets such a ball. Which you didn’t have to pop. If a ball jumps off the table. If the player hits the white ball. If both the object ball and the cues ball fail to hit the rails on the cable case. So this too is foul. If your cue stick hits a ball while taking your turn. So this too will be foul and your turn will also be lost. Touching the cues ball to any object ball if the cues stick strikes the cues ball more than 1 time while shot. So this is also foul.

The game begins when the first player places the white cue ball anywhere behind the head screen of the table. If you pocket the cues ball at the time of break. So the turn goes to the opponent’s hand. Now the opponent player can place the cue ball anywhere on the table for shots. If you pocket more than 1 ball during the break. So you get 1 turn. But the table remains open. Open means you can select. That you need solid ball. Or need stripes balls. If you select solid balls. So say I am solid. And if you select strips. So say I am stripes.

Note one point which is very important in pool game : –

If you pocket the number ball first. But you pop both the solid and the stripe ball at the same time. So you can select. And can speak. Which group of balls do you want? You must get the same group of balls throughout the game.

If there is a breaker player, you port the solid 5 number ball. Now all you have to do is target the solid balls. 1 time you pop all the solid balls. So you need to pocket the art ball before your opponent has pocketed all stripes balls. Pop your group and balls as many number balls as you want in 1 shot. It depends on your wish. Now you can decide before starting the game. If you want to play with call your shots rule.

Now do you know how the pool game ends?

1 player who pockets his 7 balls. And then legally pops the number 8 ball into the designated pocket. He wins. In all these cases, the opponent player wins. 1st if 8 balls knock off the table. Popping an 8 ball in a pocket other than the 2nd designated pocket. 3rd Popping the 8 ball before pocketing all your object balls. Popping the same shots on the 4th and 8th balls. 5th if the player commits a foul along with popping the 8 ball. So in this situation also the opponent wins.